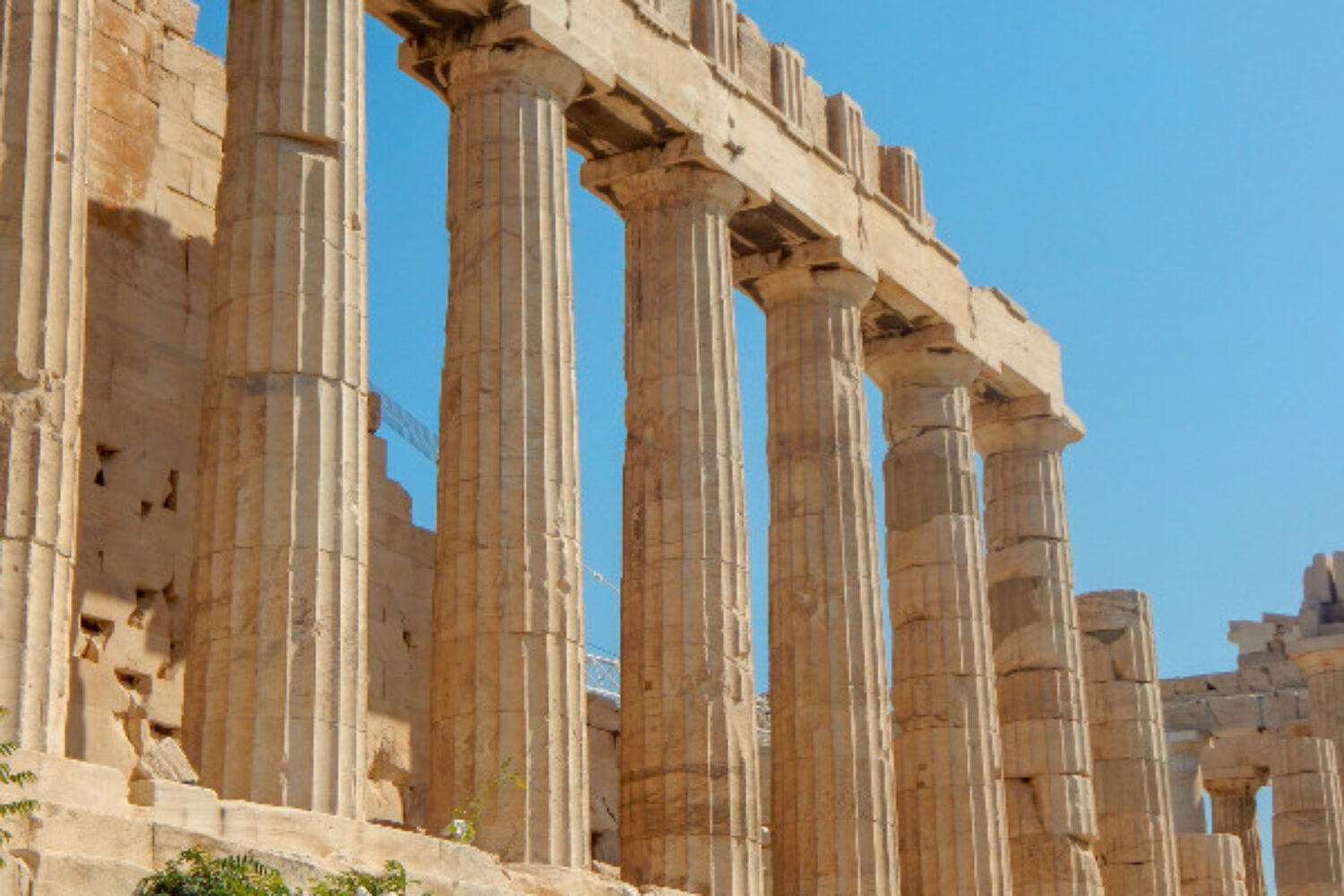 Excerpted from Grammar of Grace.

The Foreign Language subject of Grammar of Grace is intended to let children hear and speak Latin, Greek, Hebrew, and Dutch as a natural part of their childhoods. We are giving them an ear for these languages before they begin to study them formally … just as they are familiar with English before they begin to study English Grammar. To be clear―this curriculum does not formally teach these languages, but merely provides an introduction to them.

The Foreign Languages subject of Grammar of Grace is modeled on the way children naturally learn their native tongues. When a baby is born, we do not begin by teaching him, “Mama; ‘mama’ means your mother. Milk; ‘milk’ is the food you are drinking. House; ‘house’ is the place where you live.” The idea is ludicrous! We simply speak to the children in English, and based on context clues and repetition, the child learns the language.

In the same way, it is natural for a child to hear and speak a foreign language, even if he does not understand the meanings of the words, yet. Many of us remember Ramona Quimby singing about “the dawnzer lee light” (“the dawn’s early light”), and can think of plenty of examples of that sort of thing, from our own lives! When we are children, we learn the sounds of words, the sounds of our language, before we learn the meanings. In God’s design, this is what is natural for children.

Children have an amazing aptitude for learning languages. I think of it as building a train track. When the Transcontinental Railroad was built, it required clearing trees and stumps, blasting through mountains, and bridging across rivers to lay the tracks; it took years to complete the railway. But five days after the Transcontinental Railroad was completed, the first trainload of passengers made the full trip from New York to San Francisco in only 83 hours.

Because children pick up langauges so easily, when we let them hear and speak a little bit of these languages during their early years, it is as if we are able very easily to lay train tracks in their minds for that language, which the train of that language can roll along, later. The goal of the Foreign Languages subject of Grammar of Grace is to lay down some Latin, Greek, Hebrew, and Dutch tracks in the children’s minds, when it is easy, natural, and fun for them.

Because we are taking this organic approach, we will not be memorizing vocabulary lists; in fact, we will not focus on learning what the words mean, at all. As you progress, you may find that the children (and you!) begin to figure out what some of the words mean. If that happens, that’s wonderful! If it interests you, you can even look them up in your interlinear Bible or Strong’s Concordance. But memorizing what each word means is not what we’re trying to accomplish, in Grammar of Grace.

This approach is different from the experience most of us had with learning foreign languages in school. When children hear language spoken, they innately pick up the words, the sound, the rhythm, the syntax―in a sense, the language as a whole. They won’t understand it all, as I said, but they will understand a lot of things that are intrinsic to the language, and that’s the “train track” we’re hoping to lay in their minds.

I have absolutely loved using this approach in our homeschool.  Our children joyfully recite scriptures in Latin, Greek, Hebrew, and Dutch from the earliest ages; and as they get to the later elementary ages, they start to figure out what those words they’ve been chanting mean, and are excited to enter into formal study of the classical languages!  How has the Foreign Languages subject of Grammar of Grace been working in your homeschool?  Please share details!