About Grammar of Grace

Education has a problem.

The typical young person coming out of the education system can’t compose short email messages without mistakes, or mentally perform simple arithmetic like how much change to give a customer.

College entrance exam scores keep dropping.  School shootings occur regularly.  Most importantly, a nation that, two generations ago, feared God and kept His commandments (at least outwardly) has transformed into a nation of apostates.

But two hundred years ago in America, it was estimated that only 4 in 1,000 Americans were not highly literate.

I didn’t say that backwards.  The best estimates we have are that 996 out of 1,000 Americans were highly literate, only 200 years ago.

Everything about how Americans and other Western nations approached education changed in the late 19th and early 20th centuries.  And the results are in:  Literacy is down; character and morality are down; the ability of our people to self-govern is down.

There is a classical education renaissance going on in the homeschool and private school worlds; some efforts are being made to return to the education methods in use before these changes were implemented.  But these efforts largely involve using classical methods to teach the same content developed in the modern education approach.

There are faithful Christians addressing the moral and spiritual decline of education, offering Christian curriculums for science, history, math, and literature.  But they use the moderns methods of teaching their Christian content.

Why can’t we have both?  Why don’t we just copy what Americans were doing 200 years ago, which was obviously working well?

That’s the vision behind Grammar of Grace.

In Grammar of Grace, children memorize around 1,000 “lessons” of: Bible verses; historical quotations; Latin, Greek, and Hebrew; and poetry (including hymns) during their elementary school years.  Mothers read the entire Bible to their children, and teach them how to write using the old method of copywork.  Around age 9 or 10, children additionally begin using the Christian Grammar School at Home: Later Knowledge Guides, which lay out clear instructions for teaching grammar school academics.

By God’s grace, we can give our children the old-fashioned type of education that worked so well early in our nation’s past.  Children naturally thrive learning by the Trivium method; mamas find many homeschool difficulties overcome.  Join us in a “renaissance”, if you will, of American classical style education!

The Way It Used To Be

Trivium Tidbit: How It Works

Question: What About Older Kids?

The Lost Tools of Learning, by Dorothy Sayers 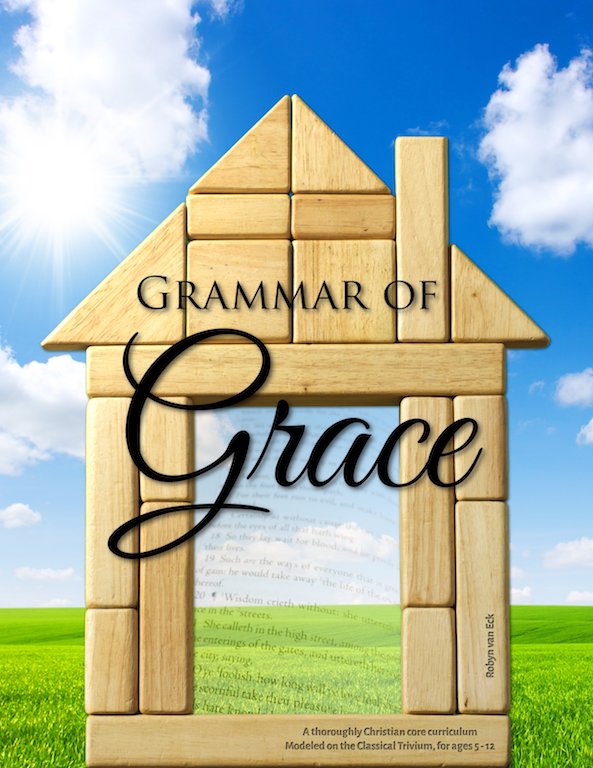 We’d love to hear from you at info@grammarofgrace.com.