The Way It Used to Be 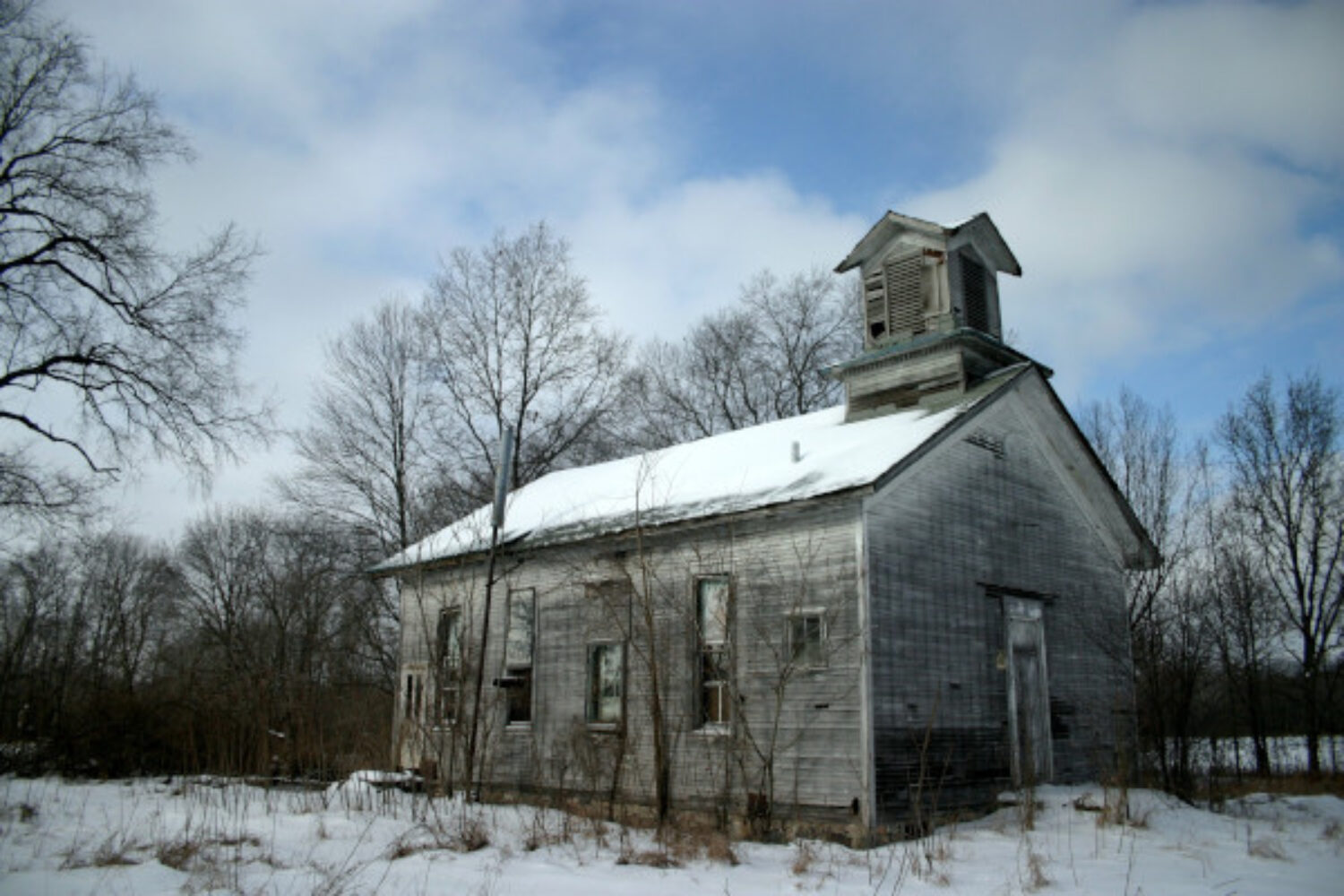 Photo by Daniel Tuttle on Unsplash

Grammar of Grace is a blatant attempt to rip off the education protestants gave their children, from about 1550 to 1850.

If you’re familiar with Grammar of Grace at all, you’ve heard me say it again and again:  I make no claim to pioneering some new educational frontier, offering some new improvement to education.  I’m just looking at history.  We look at the old education protestants gave their children; we recognize that their children ended up being (compared to us) nothing short of brilliant.  We look at the modern education pioneered by Horace Mann, John Dewey, and Robert Owen (God-haters, one and all); we notice that their stated objectives included making people dumber; and we recognize that their work was a smashing success.  Weighing those two options, it seems like a no-brainer for even someone who went to public school like me:  I want my kiddos to have the old protestant education, not the modern one I got.

Even so, since we all got modern educations, and that’s all we’ve ever heard of, it’s difficult to answer questions like, “What grade would the 1st Year Later Knowledge Guide be equivalent to?”  There is no way to compare what we’re trying to do in Grammar of Grace with what everyone else is doing.  It’s completely different.  Everything about the old classical education is inside-out, or upside-down, or like comparing apples to zebras.

So, as a public school-trained mama like me would say, how did it used to be?  (Wink, wink.)

For example, several years ago, I learned a bit of Patrick Henry’s biography.  As a child, his mother took him every Sunday to hear Great Awakening preacher Samuel Davies preach, and on the long ride home, he would memorize that morning’s sermon.

They didn’t have recording devices; how is that even possible?

But friends, as I’ve dug into old-school education more and more, I have learned that, for faithful Christian parents, it was considered a not-unusual, and indeed fruitful, use of one’s Sunday sabbath rest, for children to memorize that morning’s sermon.  I don’t know how they did it (I went to public school); but it’s true; they did it.

Matthew Henry was taught to do that by his father; John Calvin would memorize sermons or lectures he received at the University of Paris.  In ancient times, Jewish children were taught to memorize the books of Moses: Genesis, Exodus, Leviticus, Numbers, and Deuteronomy.  Grammar of Grace has a lot of memory work.  But, friends, from everything I’ve read, it is but a paltry amount of memory work, compared to what our forefathers were taught to memorize.  (Still, it’s a big step in the right direction.)  When you read books from the 19th century, the children are always expected to “learn their lessons”—that meant, above all, memorizing each lesson.  Yes, they copied them on their slates (personal chalkboards, before paper became affordable); yes, they were taught to understand what the lessons meant; but first and foremost, they memorized every single thing in their books.

Writing around 400 AD, Early Church Father Jerome (who was not Roman Catholic) wrote a letter to a mother homeschooling her daughter, explaining how to teach her well to be prepared to serve the Lord (Letter CVII).  The whole letter is fabulous, but look at these parts about memorization:

And let it be her task daily to bring to you the flowers which she has culled from scripture.  Let her learn by heart so many verses in the Greek, but let her be instructed in the Latin also. …

Let her begin by learning the psalter, and then let her gather rules of life out of the proverbs of Solomon.  From the Preacher [Ecclesiastes] let her gain the habit of despising the world and its vanities.  Let her follow the example set in Job of virtue and of patience.  Then let her pass on to the gospels never to be laid aside when once they have been taken in hand.  Let her also drink in with a willing heart the Acts of the Apostles and the Epistles.  As soon as she has enriched the storehouse of her mind with these treasures, let her commit to memory the prophets, the Heptateuch [Genesis, Exodus, Leviticus, Numbers, Deuteronomy, Joshua, and Judges], the books of Kings and of Chronicles, the rolls also of Ezra [including Nehemiah] and Esther.

We folks who had modern educations just can’t even imagine that.  So when we read quotes like these, we tend to think they didn’t really mean it.  But when you really start to look into this stuff, you’ll see it again, and again, and again.  They really meant it.  Children were expected to memorize tons of stuff, all the time; memorization was the basic tool used by parents and tutors, from earliest childhood and throughout a young person’s education.  From everything I’ve been able to put together, the basic education started with learning your letters, so you could read well enough to memorize everything that was to follow.

On the written schoolwork side of things, in Noah Webster’s time, children would begin grammar school—whether at home or at a local community-run school—around age 7 or 8, if not sooner.  At first, the curriculum was just learning the letters, the sounds that they make, and how to start sounding out words.  Phonics.

By maybe age 10, things would begin to get pretty academic—in the sense of that a fair amount of the child’s time would be spent bending over books and doing academics!

This is what many of us think of as traditional grammar school, maybe from ages 10 to 12.  Children would be taught to read a lot, still memorize a lot, and write a lot; plus they would learn geography, weights and measures, arithmetic, and (always, always) Christian character.  For many centuries, the young ones would be taught Latin at this time.  During most of Christian history, all writing and scholarship was done in Latin, so learning to read meant learning Latin.  To this day, maybe 75% of the Christian writings, from the time of Christ’s ascension to the present, are written in Latin, so it’s still very helpful for the Christian student.  In Noah Webster’s time, Latin was still commonly taught, but it was not being taught in every schoolhouse or home, anymore.

Average Americans, 200 years ago, only had a grammar school education; but with “only an 8th grade education”, they were more literate than most people with Master’s Degrees today.

At around age 13, boys whose parents desired to give them a higher education would send them to school; this is often what we think of when we read old books about boys being sent to boarding school.  (Yes, it was pretty much only boys getting higher education.)  This higher education was usually preparatory to studying to become a minister of the Gospel, or perhaps to studying law.  Today, we would compare this to high school, but the curriculum was so very different that it’s far from an exact match; it might be for boys ages 13 to 15.

Boys would have already been well-versed in Latin by the time they entered school.  They would read lots and lots and lots of classical writings in Latin during their studies; learn Greek, history, and Logic; and graduate prepared for university.

This is another one where, when reading the old histories and biographies, we tend not to believe what the authors wrote.  But after reading more and more about this, I’ve realized that, when we read that Samuel Adams graduated from Harvard at 18, or that Jonathan Edwards entered Yale at age 13, or that Cotton Mather entered Harvard at 12, or that George Whitefield’s schooling was delayed three years, so he entered Oxford at 18…  It’s not that every single biography we read from back then happens to be about an unusual genius; it’s that university back then usually began around age 15 or 16, if not sooner.

University was for training ministers of the Gospel, hence the teachers’ title was professor, i.e., one who professes faith in Christ.  This was considered the most needful work for a society, and, thus, the highest calling a young man could pursue.

Just to give you a small taste about what university was like in those days, the seminaries did not offer Greek classes, because students were expected to have already mastered Greek at university and be thoroughly prepared to begin in-depth study of the Greek New Testament from Day 1 of seminary. When the Puritans founded Harvard College, all instruction was done in Latin, and students were taught a prescribed course of studies in Latin, Greek, and Hebrew.  Other subjects taught at the school included Rhetoric and Logic, Ethics and Politics, Arithmetic and Geometry, and later, Algebra, Astronomy, Physics, Metaphysics and Theology.

Schools like Harvard, Yale, and Princeton required students to study the Bible on their own every morning, in addition to the rest of their studies; and Sunday service and chapel attendance were also required.

What Grade Is that?

You begin to see that those of us following the old school method… when we say that we don’t really have grade levels, we’re not just trying to look cute and pretend that we know something no one else knows.  The subjects that are studied, the years of study, the pace, everything is completely different.

And it’s tricky, too, because when I share the vision about how schooling worked back then, and how we’re trying to copy it (as best we can for a bunch of parents who got modern educations), so that our children will hopefully have university educations by age 18, many parents will start envisioning CLEP tests and college credit.  But there are no CLEP tests for the godly curriculum we’re pursuing.  Even the Latin AP exam examines how well students understand the writings of Cicero, Ovid, Pliny, Juvenal, and all of these other pagans.  Our children will be reading Augustine, Clement, Jerome, Boethius, and Bede.

If we can achieve even part of our goal, our children will be able to take what we’ve given them, and take college courses from any school you like and ace them, standing on their heads.  Can you imagine James Madison, George Washington (only an 8th grade education!), or Thomas Jefferson, after the educations they received, at age 18, entering a modern college classroom?  These guys are going to think freshman biology, algebra, and literature are ridiculously easy.  That’s what we’re after.  Teaching children to have godly character, to love the Lord, to be highly literate, to be self-disciplined, and to know how to learn for themselves.  And then, whatever each child’s calling is, Lord willing, he will be well-equipped to pursue it.