Death of the Scientific Method? 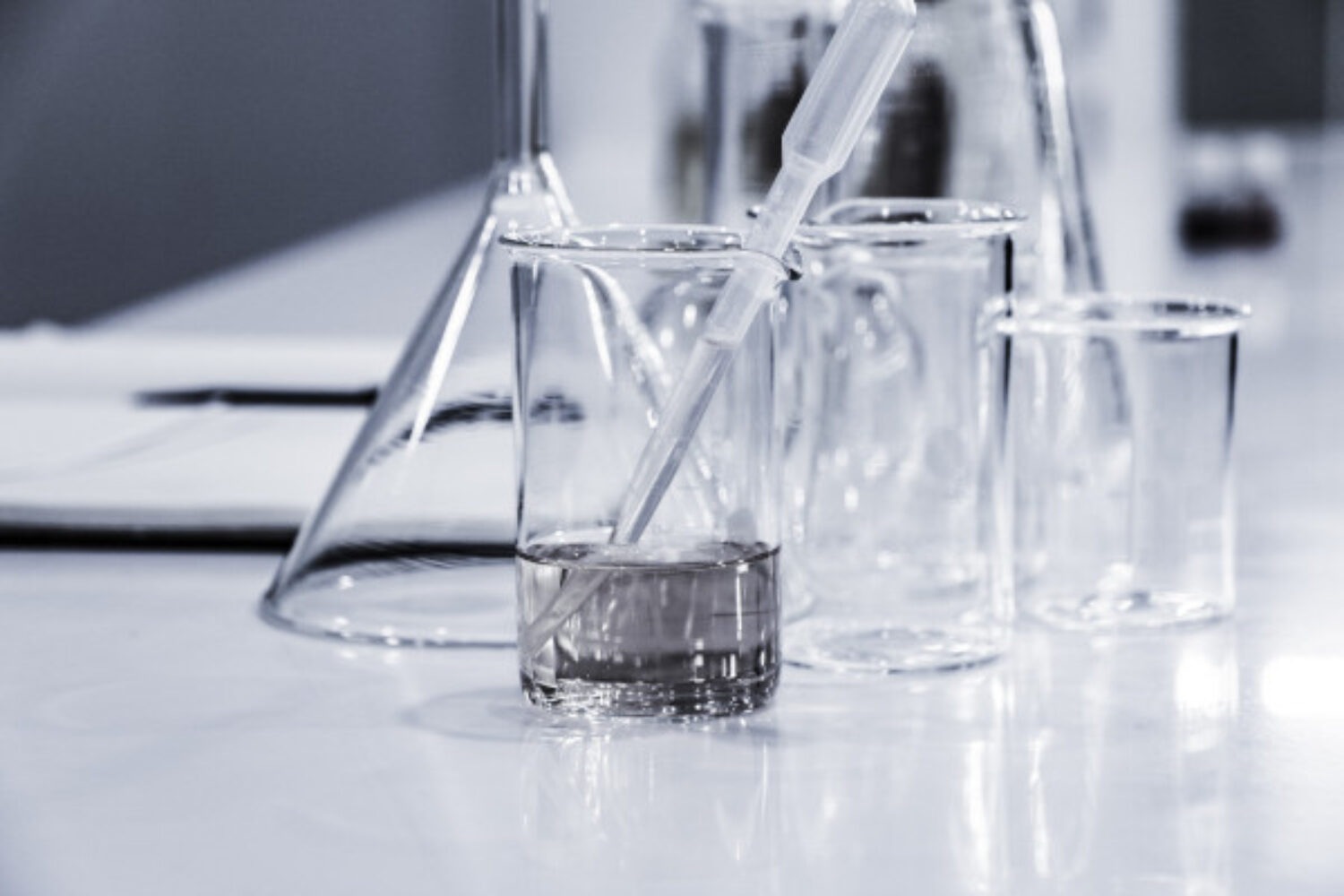 Photo by Hans Reniers on Unsplash

Scientific Method teaching has gone off the rails in recent years, but we’re here to get the train back on the tracks.

The Scientific Method takes the ideas developed by the founding fathers of modern science, and distills them down to a simplified form.  We learned last time about the philosophical ideas that the founding fathers of modern science thought up.  To review, they started with two revolutionary premises—that God made an orderly world, and that by studying this natural world carefully, we can understand it.  These two ideas are found in the Bible; and in Western Europe during the Protestant Reformation, the Bible was made freely available to people for the first time, releasing these (and many other) wonderful ideas to the public.

But in order to study the natural world and understand it truly, these men also realized that we humans are prone to have ideas that are wrong—another idea they got from the Bible.  They pondered how to discern which of their ideas were right, and which were wrong.

One should not suppose that nature would work one way here in England and another way somewhere else.  If Aristotle’s ideas were nonsense here in England, then they were nonsense.  God is a God of order, and He makes seasons, planets, and times, to proceed in an orderly, measurable, understandable fashion.

The modern concept of the Scientific Method takes those philosophical ideas and sets out a practical method to follow.  It, kind of, strips away the philosophy underlying science, and goes straight to the practical application.

This can be a good thing or a bad thing.  In an age when most people have not been taught logic, it can be helpful to spell out the practical application for students, so they don’t miss it!

However, because there is no actual historical Scientific Method, it has been rewritten in recent years to suit today’s spirit of apostasy in the West, and that revision spells doom for true scientific pursuit.

STEP 1:  Create a hypothesis.  (This is an educated guess.  The “educated” part means that, before launching out with your “hypothesis”, you’ve spent serious time researching and observing the subject matter first.)

STEP 5:  If you and the best and brightest scientists have submitted your hypothesis to rigorous testing, and have not been able to disprove your hypothesis, it will become a theory.  (A theory is a postulation that might be true, but needs to be researched and tested more.)

ADDENDUM:  After a very long period of time, and a huge amount of study has been completed, if your theory has not been disproven, it may become a scientific Law, at which point it is thought to be true.

This distinction is the key to the Scientific Method:  If you design a test to prove that your idea is true, you will easily succeed, and then you will think your hypothesis is true, even if it isn’t.

For example, suppose your hypothesis is that water, when left standing uncovered, disappears—that it actually ceases to exist.  If you design a test to prove your hypothesis, you might place water in a bowl outside on a sunny day, and check on it several hours later, at which point the bowl would be empty, and you would declare that you’d proven your hypothesis to be true.

But if you design a test to disprove your hypothesis, you would approach this entirely differently.  You are now thinking, How can I prove that water doesn’t cease to exist when left standing uncovered?  You might design an instrument to detect if the water has somehow simply left the bowl and entered the air, trying by every means to prove that the water hasn’t actually ceased to exist, but that it still does exist somewhere, just (obviously) not in the bowl anymore.

Now, you and I both know that the water in the bowl didn’t cease to exist, but turned into water vapor, and started floating around in the air.  If we hadn’t already known that, and were trying to figure it out, which approach would have led us to the right answer?  Exactly, the approach of trying to disprove our hypothesis.

Why is this?  Because man is fallible.  That means man makes mistakes.  And man isn’t always honest.  Even when he’s trying to be!  And that’s the Christian Worldview.  The thing that unleashed the scientific discoveries and technologies that we enjoy today was thousands of people reading and believing the Bible, during the Protestant Reformation.  (Today we call reading and believing the Bible the Christian Worldview.)

Instead of trusting Aristotle, or myself, I distrust man’s ideas, try to prove them wrong; and if I can’t prove them wrong… well, then, those ideas just might be on the right track.  And if I do disprove my idea, then I eliminated a false possibility and now I can move forward in my pursuit of the actual truth.

In a word, it keeps us honest.

Because, again, returning to the Christian Worldview, I care more about actual Truth than I care about my ideas being right.  Christians who believe the Bible distrust our own ideas, and desire to know God’s actual truth.

So… That’s the Scientific Method.  I’m 40, and that’s what I learned in school, and everyone I’ve heard speak of it who is older than me spells it out the same way; and when we we all sum it up in a single sentence, it always comes down to that critical Step 2:  You try to disprove your hypothesis.

So what are the science textbooks and colorful infographics teaching today?  Here’s an example: 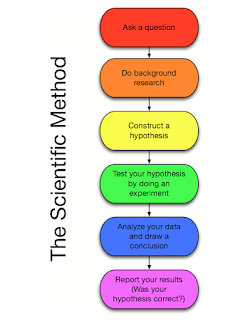 It looks a lot like the real Scientific Method.  When you read it, you might not even notice the difference.  But children today, learning this, will never even think of trying to disprove their own hypotheses.

This new dogma being taught as science today doesn’t see a need to keep the scientist honest, because the presupposition of this “science” is that man is basically good—not prone to error, and certainly not prone to deceive himself.

What effect does that have on science?

In science education, the bottom line is that we have a generation of adults who think they understand science, but actually don’t.  I don’t usually include extended quotations in my articles, but this excerpt from a 2008 dissertation by one Anna Lewis was so shocking I thought it best to give you the whole quote.  It doesn’t deal with the re-wording of the Scientific Method directly, but takes a larger look at the state of science education today; still, since all of the textbooks in question were evaluated with regard to their teaching of the Scientific Method (“an accurate portrayal of scientific approach”), I think you’ll see its relevance:

One recent study regarding textbook accuracy was published in 2001 by John Hubisz. In a two-year period Hubisz and his colleagues reviewed more than 32 middle school (grades 7, 8, 9) physical science textbooks published from 1991 to 2000. Each book was reviewed by at least two professionals (a total of 29 professionals created the review cohort) with the mandate to “consider scientific accuracy, adherence to an accurate portrayal of the scientific approach, and the appropriateness and pedagogic effectiveness of the material presented for the particular grade level” (Hubisz, 2001, p.304). They also noted the readability and attractiveness of the book and illustrations, and reviewed any ancillary materials (such as laboratory activities, suggested home activities, exercises to test understanding and resource suggestions) that were offered with the textbook.

This study found that “not one of the books we reviewed reached a level that we could call ‘scientifically accurate’ as far as the physical science contained therein. The sheer number of errors precludes such a designation” (Hubisz, 2001, p.306). The errors cited did not include typographical or grammatical mistakes (though numerous instances were found) rather; many were obvious scientific errors that could be easily corrected and others were subtle inaccuracies that would be difficult to ameliorate. These subtle errors included “misuse of technical words or phrases, the promulgation of ideas not validated by scientists, and the promotion of ‘politically correct’ views” (Hubisz, 2001, p.306). With regard to the accurate portrayal of the scientific approach, researchers found that “no text emphasized and reminded the reader that the scientific approach was something to be learned and applied, perhaps even outside the science classroom” (Hubisz, 2001, p.306). Many of the activities provided no clear understanding as to why the activity was to be done and follow-up questions tended to be trivial rather than questions that promoted further thinking and consideration of the concept at hand. Finally, the researchers determined that the appropriateness and pedagogic effectiveness of the material was also sadly lacking. “The net result is that students come away memorizing a great deal of material that they regurgitate on tests that emphasize recall and think that they know science” (Hubisz, 2001, p.306).

The author of this dissertation herself is one of the people she describes here; she gathers some amazing scientific studies like the one quoted above, but her analysis and conclusions are that science education is falling short because it’s not multicultural and progressive enough.  When you read her writing, the disconnect between the meat in this chapter and her personal work in other chapters is amazing.  (Read her dissertation here; it starts to get interesting on page 41.  And here’s a quicker, but equally illuminating, read about modern science textbooks from Forbes.)

Thus much for science education; but what impact does gutting the Christian Worldview out of the Scientific Method have on the practice of science today?

In the pharmaceutical industry—both in university “non-profit” research and at the drug companies themselves—scientists are expected to demonstrate that new drugs work.  In true science, the scientists would be asked to prove that a potential new treatment does not work—and then, if scientists cannot prove that the drug is ineffective, it would be evident that the drug really is helpful!  There has been no research study conducted on the long-term effects of vaccines, for example.  Why is that?  If pharmaceutical companies are as confident as they say they are that vaccines make people healthier in the long-term, then why the refusal to study vaccine effects beyond a few weeks after administration?

In the global warming hysteria scene, again, scientists are paid—at universities by government grants, mainly—to demonstrate how mankind’s activities are harming our planet.  Again, in true scientific research, if the hypothesis is Mankind’s activities are harming planet Earth, then the scientists would be devising tests to disprove the hypothesis.

But the powers that be—in the pharmaceutical world and in “climate change” circles—seem to have a sneaking suspicion that their hypotheses wouldn’t stand up to that kind of scrutiny.  So they pay billions of dollars every year to scientists to prove their hypotheses are true.

But, then again, we Christians, educating our children in the old way, aren’t falling for that.

Let’s teach our children Bacon, Newton, Kepler, and Mendel.  Let’s give them primary sources, not textbooks.  And let’s immerse them in the Bible!