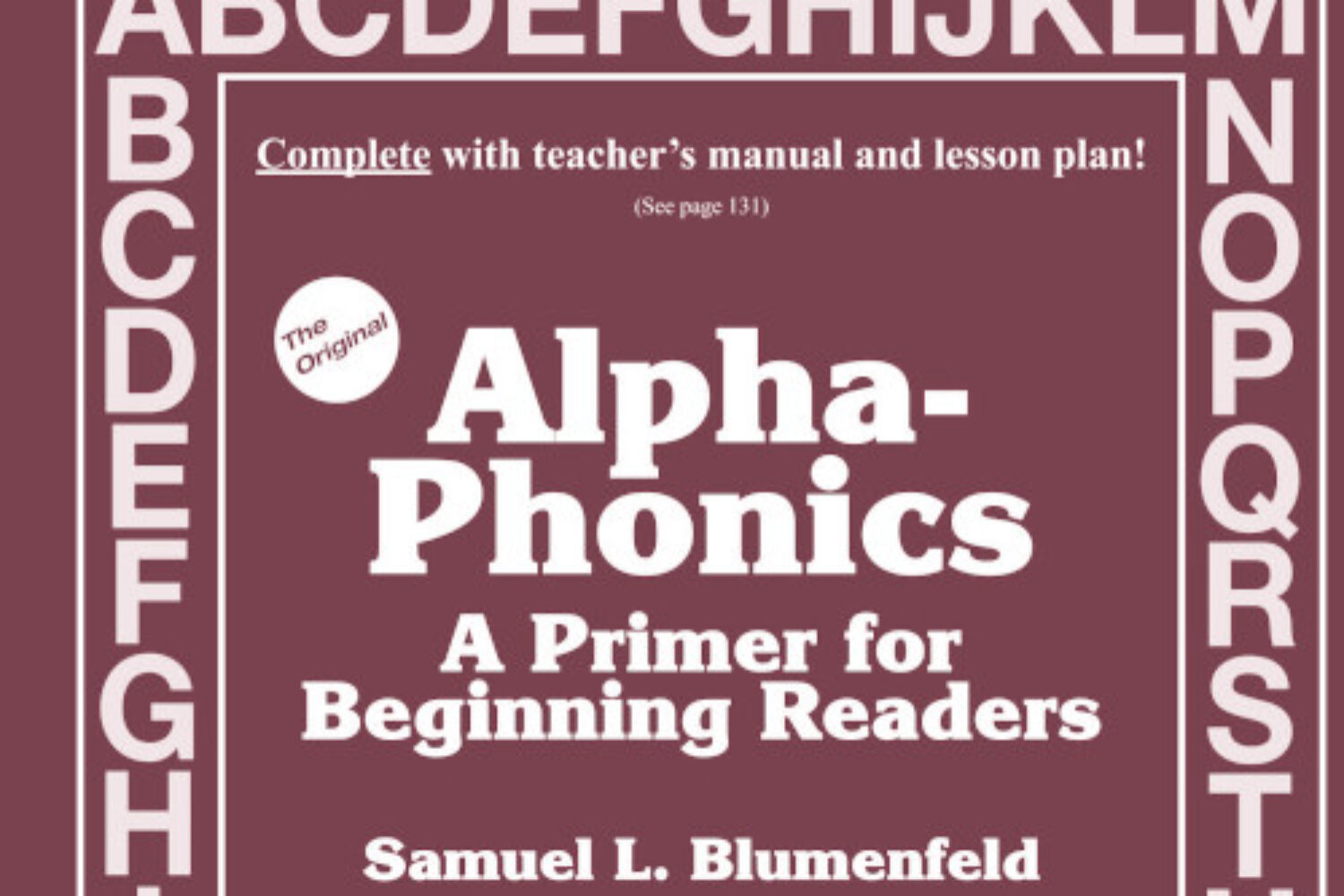 When it comes to teaching your children to read, save yourself and your children a lot of trouble, and teach them phonics.  Many reading methods don’t teach phonics; usually they claim to use phonics, or to combine phonics with other methods.  Don’t fall for it!  Use an honest-to-goodness phonics method.

When my children were preschoolers, I bought The Dick and Jane Treasury in anticipation of teaching them to read.  Come to find out, Dick and Jane are major villains in the tale of the loss of literacy in America.  America went from the most literate country in world history to one of the poorest-educated, in 100 short years.  (Source: The Harsh Truth about Public Schools, by Bruce Shortt, chapter 3: “My Child Is on the Honor Roll”.)

Dick and Jane introduced a progressive concept called look-say (or “sight words”, or “whole language”) to the teaching of reading.  In it, words are shown to children with pictures showing what the words mean.  For example, the word “cat” is shown with a picture of a cat.  These very simple words are shown to children again and again, with the pictures, until the children come to recognize the shape of the word, and then they are said to be “reading”.

Obviously, that leaves a rather glaring gap when it comes to learning words other than the ones the instructor directly teaches the student.

The backlash to Dick and Jane is epitomized in Rudolf Flesch’s book, Why Johnny Can’t Read, published in 1955.  The Johnnies of today are far worse at reading than the children of Flesch’s day were, yet look-say-sight-words-whole-language continues to be the dogma educational experts insist is necessary to teach children to read English.

Children taught by the whole language method learn the words they are taught faster than children learning by phonics, it’s true… but is that a good thing?  The reigning philosophy in education today is called “Outcome-Based Education”, which in laymen’s terms means, “We’ll base our educational approach on what gives the best outcome for the first few days.”  After the first few days and weeks, children learning by more difficult, understanding-based methods, overtake their outcome-based education-trained peers, and the two groups are never in serious competition again!  But believers in “Outcome-Based Education” insist that their sight words method is effective, because children learn to recognize words like cat and dog faster using it.

But, like the parents in the 1950’s who made Why Johnny Can’t Read a bestseller, there continues to be a persistent group of people who keep noticing that Americans can’t read as well as we used to…

So what’s the answer to this problem?  The obvious answer is a return to the method that was used in America back when, according to John Adams, “A native of America who can’t read and write is as rare an appearance… as a comet or an earthquake.”  (And when John Adams said “read and write”, he was talking about people who thought the Constitution and Federalist Papers were easy reading.)

The method used in Adams’ day consisted of three steps:

In other words, phonics.

In the 1970s, Samuel Blumenfeld all but single-handedly brought phonics back from Noah Webster’s grave.  Today, Blumenfeld is known as the godfather of the phonics movement.  Although there are a lot of phonics curriculums available, his obviously worked, so that was the one I went with in my family—Alpha-Phonics.

What more need I say?  It works.  We’re on our fifth beginner this year, and it’s worked great for all of them.

One thing that was difficult for me was getting through the whole book, and knowing how to pace it.  On the third round through, I made a plan for myself that helped a lot.  When I was breaking it down, I realized that the reason why it keeps taking me a long time to take each child all the way through the book, is that Alpha-Phonics is long!  And some of the individual lessons are too long to be taken in a single day (at least for young children).  It worked out well for me to schedule it out into a two-year plan, at 4 days a week, and 24 weeks in the schoolyear.  Obviously, that could easily be done in one year, if one were of that mindset.

I print up the plan for each child, and have it coil-bound at Office Depot; my children love to keep their own little Phonics Progress Charts in their bins, and to check off each lesson, as it is completed.

If you’re looking for a good phonics curriculum, I recommend Alpha-Phonics.  But there are other good ones out there, from Webster’s original Blue Back Speller to The Writing Road to Reading.  Just teach your child phonics.  And if you do choose Alpha-Phonics, and you’d like to use my lesson plan/progress chart, feel free!  I’ll link to it below.

Did you learn to read by phonics or look-say-whole-language-sight-words?  What impact did that have on you?