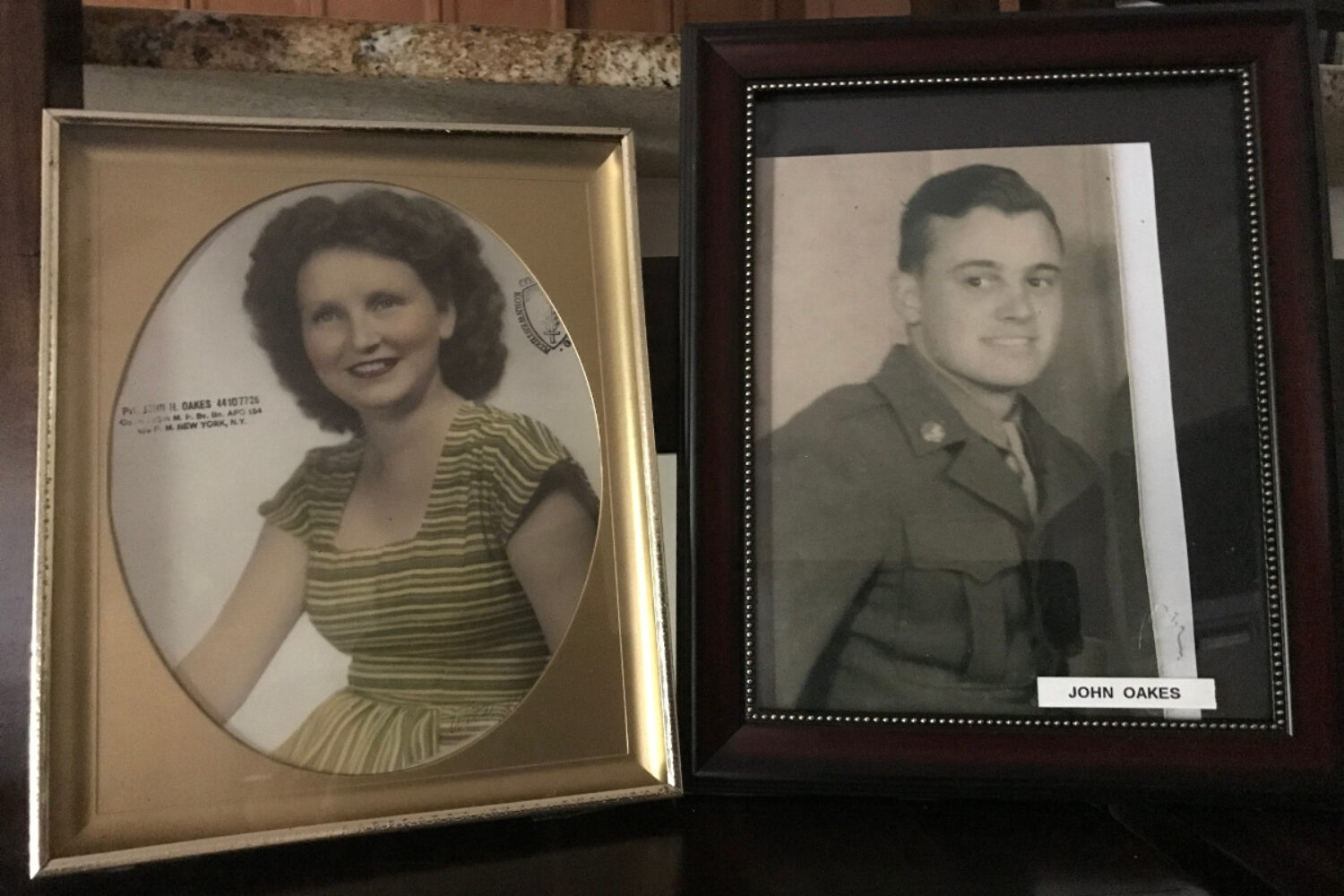 This year, Grammar of Grace awarded a special scholarship for our grammar school materials to a deserving family, given by a generous supporter in honor of his parents, Christians who loved and served our Lord and Savior faithfully, for all of their lives.  Personally, I was so blessed to know John and Martha Oakes—or Uncle Buddy and Aunt Martha as I knew them—for many years.  As a young adult especially, Uncle Buddy’s always-fervent love for our Lord, above everything else in life, was so very encouraging to my soul in this sin-darkened world.  I look forward to seeing them again, after I too cross Jordan.

John Henry Oakes and Martha Frances Hudson were married when he arrived home from the Army, after being Honorably Discharged from Company A 385th Military Police Battalion on March 27, 1947.  They met in Water Valley, Mississippi, where they were High School sweethearts and were voted “Couple Most in Love” in the 10th grade.  John and Martha moved to Memphis in 1950 and lived on McNair Street for fifty years, where they raised their family and served the Lord in Church and the Community faithfully.  They would later move to Cordova, Tennessee, where they lived for about seven years before moving to Morristown, Tennessee.  John accepted Christ in Memphis, Tennessee, in 1951, while he and his older brother, Ed, were attending a Billy Graham Crusade at Crump Stadium.  Martha would accept Jesus a few years later.  John would later serve as a Deacon at Graham Heights Baptist Church, as well as in other roles.  Martha would serve as the three-year-old Sunday School Teacher for thirty-plus years.  They would remain at Graham Heights Baptist Church until they would become faithful members at Bellevue Baptist, where they both served in various servant roles, until moving to Morristown, Tennessee, in 2008.  They would eventually move from Morristown, Tennessee, to Brookdale Senior Living of Newport, Tennessee, until they would both go home to be with the Lord!  John in 2014, and Martha in 2016.

Love, Above Everything Else

They were both prayer warriors with servants hearts; they shared the good news of Jesus with everyone, in word and deed. They loved the Lord, each other, family and friends, and everyone the Lord put in their walk, until the day they were called home.  They were devoted to Christ and finished the race strong.  John would always share the gospel with everyone verbally or by giving them a Christian tract; he would encourage them to keep their eyes on the Lord, because all men (mankind) are flawed, and Martha would always encourage everyone to “live for Jesus,” and they both did, faithfully.  John and Martha believed that the road to Christ best starts in the home.  They both loved, prayed for, and were very proud to be the Great Uncle and Aunt to Robyn Van Eck (Oakes) and Lauren Johnson (Oakes) and their Parents, Mike and Lynda Oakes.  This Scholarship is in their memory, but the focus is Jesus, because they would remind us that the Glory and Honor, in all things, goes to our Lord and Savior Jesus Christ!

Dear friends, do you have a parent, grandparent, or other beloved person who has already passed over Jordan, who made a lasting impact on your life or the lives of others, for the kingdom of God?  Would you share their stories with us in the comments?  Let us remember God’s goodness in the lives of his faithful ones!